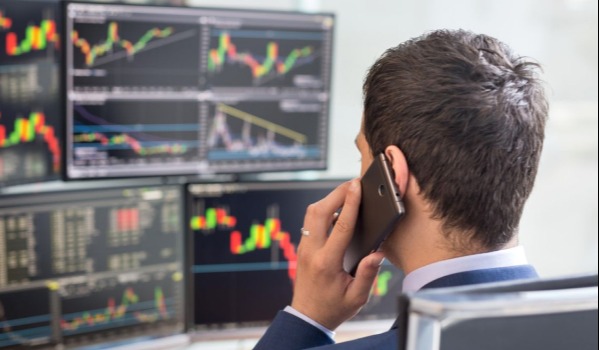 Have you considered using VSA (Volume Spread Analysis)? Wyckoff VSA combines volume with other key trading metrics to give you a more insightful view of market activity. In this blog, we look at the importance of volume, why it’s not enough on its own, and how VSA trading is a game-changer for stock market traders.

What is volume in trading?

Volume in trading is the total number of trades in any given time period. Those trades could be shares of stock, bonds, options, or future contracts, or it could be overall activity in a particular market.

It is a way of telling market strength or demand and is usually shown as a histogram at the bottom of the stock chart. You might also see it as a line or graphed on top of prices. When looking at the volume of sales we are able to determine why something is happening (traditionally fundamental analysis) and when something will happen (typically technical analysis).

Why is volume analysis important?

While many retail investors overlook the importance of focusing on the volume of activity, professional traders know that volume analysis helps keep an eye on what is happening in the big picture to influence an asset. It helps make sense of the constant fluctuations in the markets that otherwise appear like noise.

While some traders do look at volume in their trading analysis, they miss the importance of combining it with other metrics. They also might only average it across an extended timeframe and miss short-term movements.

For instance, if prices rose and there was a lot of volume on that security, then it could be a signal that a stock will continue to trend upwards or is about to trend downwards after trending upwards. Or, if prices start to fall while volume is rising then it could be a message that the stock is poised to rise after being on the decline or it is going to continue declining. This is known as a continued bullish trend or a bullish trend reversal.

And things aren’t simple – some formulas work better for cyclic markets, others for volatile markets, and others are better when prices are trending.

It is also shortsighted to combine just volume and price together because the market can rise on high volume or low volume; prices can also go sideways or even fall off on the same volume. It’s just not a sophisticated enough metric.

This is where Wyckoff VSA trading comes in

Wyckoff VSA trading is all about using a methodology that combines price and volume but takes their complicated interrelation into account. If it were as simple as when there is more demand the price rises, and when there is a lot of supply it falls, then we would all be retired by now.

In fact, Tom Williams, the former syndicate trader who automated VSA (Volume Spread Analysis), spent several years looking at thousands of charts, to identify where the smart money was active. Tom worked with a software engineer to distil this complexity into the artificial intelligence software that was first called Genie Software but is now TradeGuider Systems.

Williams based his ideas on those of trader and educator Richard Wyckoff, who, active in the early twentieth century, came up with the concept of the ‘composite trader’: the idea that you can analyse market makers as one conglomerate entity, as well as developing the market laws of supply and demand, effort versus result, and cause and effect. We honour Wyckoff’s input in our implementation of volume spread analysis by calling it ‘Wyckoff VSA’.  Wyckoff set the foundations; Tom Williams built on that, enhanced it and then computerised it.

What is Wyckoff VSA trading?

Wyckoff VSA (Volume Spread Analysis) or Wyckoff VSA trading looks at the way price, spread and range interact, spread in this context being the range between the lowest and the highest prices, not the bid-ask price as people stateside consider it. VSA looks at the amount of volume on a price bar (i.e. the amount of trades being made), the price spread, and the closing price relative to the lowest and highest price that security fetched within the time period.

Without analysing the market through these three dimensions you are effectively trying to understand someone without taking into account how their facial expressions and intonation adds to the meaning of the words. We’ve all had a misunderstanding via text message, right?

Other measures of volume

There are other volume indicators out there. For instance, you have a Positive Volume Index. It does help you track what a large number of people are doing, but not the people you really want to watch. You also have On-Balance Volume – which gives the net result of both positive and negative volume based on how an asset’s price fared compared to the previous days’ trading.

But these technical indicators are using a formula to help predict price and, as discussed in this blog are fundamentally flawed.

VSA isn’t a formula-based approach and as such it provides the more sure-fire way to guide your trades. It can be used in any market or over any timeframe. This includes FOREX, where tick-based volume is used because there is no centralised exchange.

So don’t miss the full picture. Make sure you know what the consensus of opinion is among the smart money and you trade in harmony with them.

Tradeguider is the home of Wyckoff VSA (Volume Spread Analysis). Our VSA trading experts have amassed a wealth of information and resources on the topic, from ebooks and videos to webinars and courses. We also have VSA automation software that offers trade alerts to help traders make the most informed decisions, in real-time. If you need advice, get in touch with us and our experts will assist you in your trading journey