Gavin Holmes is one of the founders of Tradeguider. It was a c 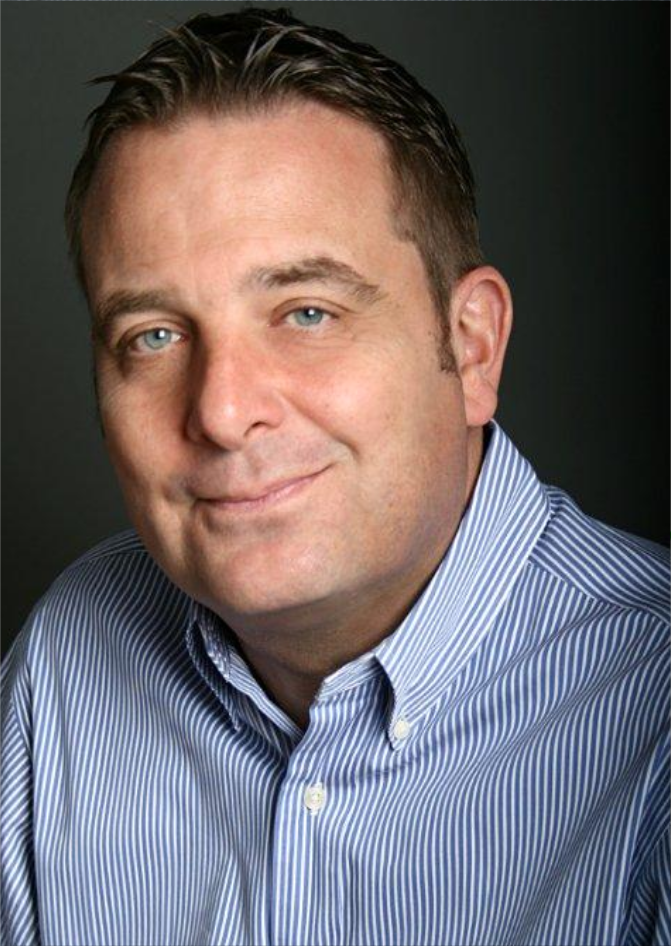 hance meeting with syndicate trader Tom Williams, the first person to computerise the Wyckoff method, that introduced him to the world of trading.

Since then he has gone on to make a living from trading while writing several books on the topic. He is a scalper and mainly trades futures and stocks.

Here he shares his views on how the Corona Virus is impacting the financial markets as well as trading psychology, women in trading and why he loves helping others make money in the markets.

And, of course, why tracking the smart money is the only way to go.

1. Wyckoff VSA, the methodology that drives Tradeguider’s software, is focused on detecting the activity and intentions of the smart money. How much influence do these market movers have?

90% of the volume that’s created in the markets is from the big money. They have a very serious influence on the markets. We’re talking billions and billions of pounds that are traded every week around the world. People who work in these big international banks tell me it’s not unusual to trade over a billion pounds in a day.

It’s not one or two individuals getting together, it’s what Wyckoff would call the composite operator. In his day it would have been JP Morgan, Otto Kahn, some of these big players, himself obviously….They would look at the ticker tape and say, ‘Oh someone is moving in to buy so-and-so stock’. What they found is that the volume footprint is key.

'Big money has a very serious influence on the market'

2. Without this unique view of their activity, are traders just making best guesses when entering and exiting trades?

Trading is a very personal business. Everyone is different and learns something from different educators. There are people out there using systems other than Wyckoff VSA who are making money.

If they want to increase their profits they can use a decision support system like Tradeguider’s that adds another layer over the mathematical formulas they have been taught.

I used to be a police officer and that taught me to be sceptical of what I was being told. And then Tom Williams reinforced that. The chart doesn’t lie but everything else around you will.

The smart money knows exactly what the uniformed trader will do: follow the herd. A retail trader sees a TV pundit saying, for example, ‘BP is going to do this’ or ‘gold’s going to do that’, and then looks at the chart and sees prices going up. They buy right at the top or sell right at the bottom.

3. Tom Williams was your mentor and his legacy remains integral to Tradeguider. The company has built on his key concepts and the VSA method, combining cutting-edge software with a proven trading methodology. As the trading game modernises and markets change, why has Wyckoff VSA stood the test of time? 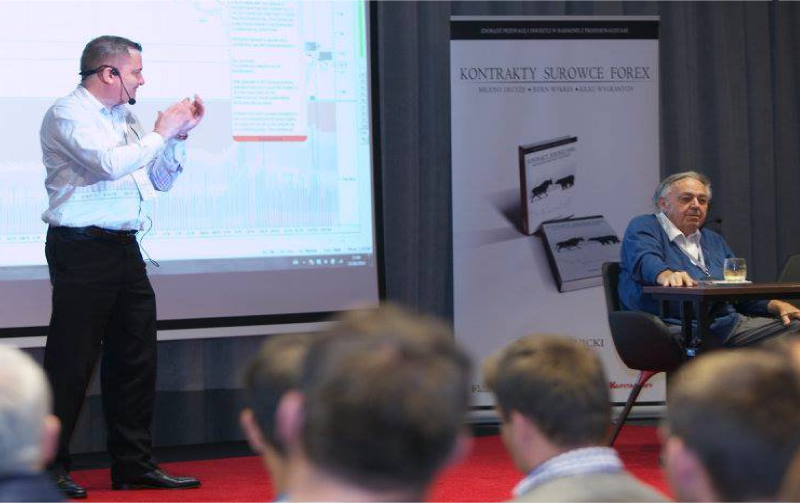 Because it is the truth. This system is based on how the markets actually move, why they move at certain times, based on what the professional money is doing. Our system doesn’t use mathematical formulas at all, it uses supply and demand and that is key.

"The smart money start to distribute their holdings to the uninformed as a market rallies and the smart money accumulate their positions as markets are falling. Both these scenarios are often news-based moves, with good news encouraging buyers at markets tops and bad news encouraging panic selling at bottoms. Both of these phases start with what we call ‘Climactic Action’ which is basically a massive volume footprint on the chart. Even some money managers at hedge funds still  don’t get it!

The other reason this method has stood the test of time is the books that are available on the subject and it’s become far more popular recently because of social media. Tom Williams computerised what Wyckoff was putting in his books and newsletters, and, at his height, Wyckoff had a quarter of a million people subscribing to his newsletters. In 1929!

4. You host regular live trading webinars, racking up hours every week demonstrating how to apply VSA principles and strategies to different markets and scenarios. How much does helping traders to find success in the markets inspire you?

My wife and I have met thousands of customers over the years in different parts of the world and we get the same message: ‘You’re telling the truth. I was a losing trader and suddenly I started to make money. It has changed my life.’

I enjoy helping others and changing others’ lives and I believe that giving something back to others, as long as it’s beneficial to them, is the purpose of life. I feel good every day knowing that someone is benefiting from our knowledge.

When I first started Tom said, ‘Whatever you do, don’t keep this info to yourself. If you share it, good fortune  will come back to you ten times’. I didn’t think anything of it at the time but now I see that it does.

5. 2020 has seen unprecedented change across the globe. Obviously, many industries and countries’ economies have taken a big hit, and the impact will reverberate for years to come, but have there been any big surprises when it comes to trends in the markets influenced by the pandemic?

Not for me but for other people I’ve talked to. We’ve been saying to people and to our investors: ‘You should have been buying stocks in March’. I said back then that the market was bullish. Every other educator was saying, ‘Get the hell out of the market, it’s going to collapse!’ And it didn’t.

The markets responded the opposite way to how everyone said they would. They are making new highs. That goes against everyone’s belief systems. The markets have rallied and the big money already knew. It takes a bigger view.

6. When certain industries are so heavily affected by the impact of the coronavirus, does this make it easier or harder to detect future movement and opportunities for profitable trades?

Forget Corona - it’s is a red herring. Look at the charts. It’s certainly been a correction for many businesses, the cruise companies, the airlines, but the airline businesses are going to be a great buy. Why? They’ve renegotiated with all their pilots and they’re going to be on 50% less money. It’s horrible but it’s capitalism.

'Be contrarian in your thought'

7. The Tradeguider website recently went through a refresh, with the onus on making it easy for traders to find the support, education and tools they need to succeed with Wyckoff VSA. What is next for the company? And what can we expect for the rest of 2020?

We’re about to launch a stock scanning service with our partner Metastock that can scan thousands of stocks and look for accumulation and distribution. It works on a daily basis and each week it gives a report.

It’s a major development in that we’re going to sell it as a service, but we are also using it in the Wyckoff Williams Fund ourselves. We’re doing what my book says – we’re trading in the shadow of the smart money.

The fund is the other thing that is happening at the moment. We’ve got £1 million pledged and another £5 million coming in. By the end of the year the fund will be at £15-20 million. And we’re doing really well: we’re looking at a potential return of 30% in the next 6 months.

We are also producing the 'Getting Started in the Markets' events and education with Activtrades, focusing on Forex and CFDs.

Aside from being able to read a chart correctly, it’s the most important thing. Emotions are your worst enemy in the market, just as they were for me as a police officer.

I knew what it was like to be in danger so sitting in front of a computer losing money doesn’t mean anything to me.

Always calm your mind before you go to look at the charts and make big decisions in the market (and remember you’re trading against some of the most clever people in the world). Secondly start with gratitude. If you go to the market with a lack of gratitude it will eat you up.

It is down to belief and an understanding that if you work hard (and study) you get lucky.

9. Lauren Snedeker is one of the leading experts in Tradeguider’s educational and trading team. How important do you think it is to champion female traders and do you think that the barriers for women in trading are being eradicated?

I don’t think it’s about gender at all. If you wanted to go and open a £20,000 account in the FOREX market there is nothing stopping you at all whatever your gender, retail or professional. If you’re good and you’ve proved yourself, it doesn’t matter.

Being a good trader is about basic intelligence and managing risk. Though women are better than men at managing risk, I believe, as did Tom Williams.

There are lots of opportunities for women in trading and investing as compared to for example the insurance industry, which is very male-orientated. There are more very successful women in the banks and institutions than people know. I meet as many women as men at seminars. And by the way, there are more female traders coming into our database than I’ve seen for years.

Gavin spends most of his time on our asset managment activities, to find out more click the link below: